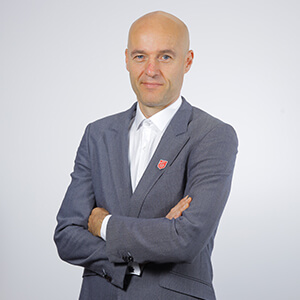 Paul Frijters joined MBSC as the Professor of Economics and Wellbeing in September 2021. Previously, he was a Professor in Wellbeing Economics at the LSE from 2016-2021, developing the WELLBY, a new tool for wellbeing policy making that was recently adopted by the UK bureaucracy. He is still an emeritus visiting professor at the LSE.

Before joining the LSE, he worked in Australia for 15 years and was the Research Director of the Rumici Project, an international project into the migration from the countryside to the cities in China and Indonesia, sponsored by ministries, the World Bank, the Ford Foundation, and many others, tracking 20,000 individuals for many years. In 2009 he was voted Australia’s best young economist under 40 by the Australian Economic Society.

Paul publishes regularly in top 50 economics journals (AER, EJ, RES, JHR, HE, JHE, JEL, JEBO), as well as inter-disciplinary outlets and Handbooks. He has (co-)authored around 150 papers, 6 books and is in the top 1% of cited economists. In 2021, he published a Handbook with Oxford University Press, a paper with the Journal of Economic Behavior and Organization, a paper in the Economic Journal, and a forthcoming paper with the Review of Economic Studies.

Paul is interested in all aspects of social science, but particularly wellbeing and public policy. He has in the past worked as a health economist, a labor economist, a specialist on the economics of China, and an econometrician. He does lab experiments, field experiments, big data analyses, simulation modelling, macro-modelling, econometric theory, micro theory, and field work.