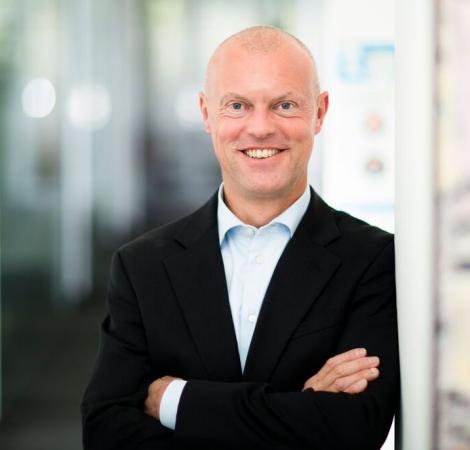 Prince Mohammed Bin Salman College (MBSC) of Business and Entrepreneurship, located in King Abdullah Economic City, has announced appointing Professor Zeger Degraeve as the Executive Dean of the College. With more than 20 years of global experience in various leading business administration schools, including as Deputy Dean of London Business School, and as Dean of Melbourne Business School; Dr. Degraeve will develop MBSC’s strategic plans and manage its academic programs in accordance with the best international standards and practices.

Mr. Fahd Al-Rasheed, Vice Chairman of the Board of Trustees of MBSC, stated that “Dr. Degraeve is an outstanding academic and entrepreneurial leader, and will join the College with his global experiences and proven track record from the best business colleges in the world”.

“Together with the support of our partners, MISK Foundation, Lockheed Martin, and Babson Global, Dr. Degraeve’s extensive experience will strengthen MBSC as a leading global educational institution in the region, and contribute to the realization of the Kingdom’s Vision 2030”, he added.

Mr. Ahmed Linjawy, CEO of King Abdullah Economic City, said that MBSC offers its students academic programs and advanced educational curricula that meet the highest international standards, which aims to provide future leaders with entrepreneurial knowledge and skills that will support their abilities and achieve their goals. He also added that “King Abdullah Economic City offers an integrated system for entrepreneurship, designed to enable entrepreneurs and innovators, and we are committed to building and developing national capacities through advanced infrastructure for the human resources development in City.”

Furthermore, Dr. Degraeve expressed his pride in this confidence, noting that there are tremendous opportunities waiting for the College to lead nationally in the Kingdom, regionally, and, eventually globally. “My priority will be to solidify the image of the College as a globally accredited academic institution, offering academic programs, educational curricula, scientific research and practical learning experiences in the field of business and entrepreneurship, in accordance with international standards, while strengthening the College’s relationship with the local business community.

“I look forward to working closely with our partners on all aspects, to achieve the ambitious goals of this academic edifice, a valuable institution for the future of the Kingdom; which holds great talents and enormous youth capabilities.” he added.

Dr. Degraeve holds a PhD in Business Administration from the University of Chicago, USA, and an MBA from the University of Leuven in Belgium. He is an award-winning author, has more than 50 publications in major international journals, and has worked as a consultant with many prominent clients including the European Commission, HSBC, SABIC, Dubai Holding and McKinsey. He has previously served as Professor of Decision Sciences at the London Business School, as well as a Visiting Professor at Columbia University’s Graduate School of Business in the USA.