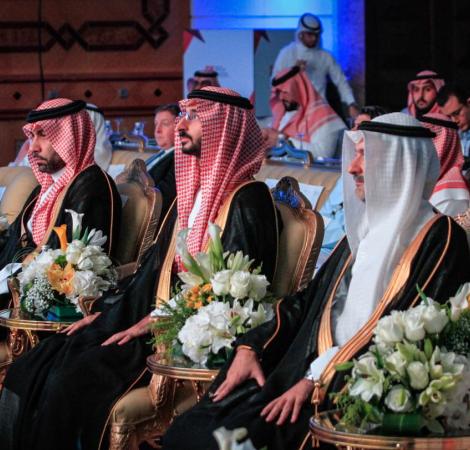 The report presents a detailed examination of the behaviors, motivations, and attitude toward entrepreneurship as well as different aspects of the entrepreneurship ecosystem in Saudi Arabia making it a valuable source of information about policies and programs.

In his keynote at the opening ceremony, Al Rasheed expressed his happiness in launching the second edition of GEM. He said: “The nation has taken huge strides toward the objectives laid out in Vision 2030. More importantly, the data this year in GEM show that the government is not only talking a good game in terms of supporting new businesses, it is backing up that talk with concrete action.”

He continued: “To prove the great efforts of the government, the Kingdom has jumped in the ranking of countries in terms of the development of entrepreneurship from the rank of 64 to 33.”

According to Dr. Koshak, entrepreneurship is the key driver for economic growth, job creation, and competitiveness; it is a tool for socio-economic inclusion, youth engagement and a free and competitive economy.

He said this report served to place the Kingdom on the world map of entrepreneurship. He also stressed the importance of creating an international knowledge space for entrepreneurs to connect and inspire one another in different fields.

In his speech, Saleh Bin Ibrahim Al-Rasheed, the governor of the General Authority for Small and Medium Enterprises, said Saudi Arabia’s entrepreneurial ecosystem has been significantly growing during the past five years, as the government, in addition to other entities, got more involved in supporting the ecosystem.

“We need to let young people know that there are options out there,” she said.

GEM is a worldwide study on entrepreneurship that was first conceptualized in 1997 providing an annual assessment of entrepreneurial activity, aspirations, and attitudes across countries at different levels of economic development.