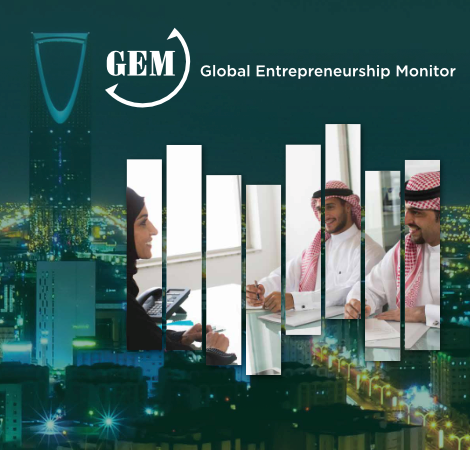 Saudi Arabia is fertile ground for entrepreneurs according to initial results from the 2016/17 Global Entrepreneurship Monitor report on the country. The report recommends greater coordination within the entrepreneurship ecosystem to help startup companies reach their full potential.

The 2016/17 GEM Saudi Arabia Entrepreneurship Monitor, which will be released on March 23, 2017, is the most comprehensive survey of attitudes toward entrepreneurship in the Kingdom ever undertaken. The report is an initiative of the Babson Global Center for Entrepreneurial Leadership (BGCEL) at Prince Mohammed bin Salman College of Business and Entrepreneurship (MBSC). BGCEL is supported by a grant from Lockheed Martin.

“Fostering the ambitions of Saudi Arabia’s entrepreneurs is an essential investment in the long-term growth of the nation,” said Fahd Al Rasheed, Vice Chairman of the Board of Trustees at MBSC. “The GEM Saudi Arabia study places entrepreneurs at the center of the conversation around economic development and offers clear recommendations on enhancing the efficiency of the entrepreneurship ecosystem.”

The report shows a strong cultural affinity in Saudi Arabia toward entrepreneurial activity. More than two thirds of the working age population believe starting a business to be a good career choice and 25.8 percent are considering starting up a new business within the next five years. This is good news for job seekers, as Saudi startups and early-stage SMEs are typically well-staffed compared to the global average. 36.6 percent of early-stage startups – enterprises active from 3 to 42 months – have more than five employees.

The report also shows a marked increase in female entrepreneurship. 38.6 percent of entrepreneurs in the Kingdom are women, a proportion that has increased rapidly in recent years.

“The 2016/17 GEM Study shows that social attitudes in Saudi Arabia toward entrepreneurship are very positive, which contributes to a significant enthusiasm in the country for entrepreneurial endeavor,” said Dr. Ignacio de la Vega, Director of BGCEL and Professor of Entrepreneurship at MBSC. “This is particularly encouraging in light of the Vison 2030 objective to increase the economic participation of small and medium-sized enterprises. Today’s startup, with the right support, could be tomorrow’s market or industry leader.”

Despite the positive sentiment toward starting a business in Saudi Arabia, entrepreneurs face significant challenges sustaining their operations. Factors including limited international reach, competitive challenges and a lack of experienced leadership contribute to a high rate of business closures. Among the initiatives highlighted in the report that could foster sustained growth in entrepreneurship are: improving financing channels; enhancing accessibility to R&D; and incorporating entrepreneurial education into the school curriculum from primary through to tertiary grades

“The Saudi Arabian government is undertaking many diverse initiatives to foster entrepreneurs in the Kingdom. These initiatives need to be more tightly coordinated if they are to achieve their full potential,” said Dr. Nabeel Koshak, Executive Dean of MBSC. “Saudi Arabia’s entrepreneurs are poised for success. Helping them enter and remain in the market is the first step toward creating a new generation of business leaders.”

The Saudi Arabian study comprises a national survey of 4,000 people and insights from 50 subject matter experts, providing the most detailed insight ever recorded into the attitudes and activities of Saudi Arabia’s entrepreneurs.

“The GEM report is an invaluable resource for policy-makers, academics, educators and practitioners seeking to better understand the interdependency between entrepreneurship and economic development,” said Professor de la Vega.