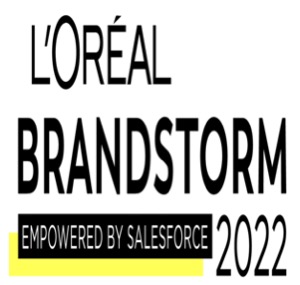 Prince Mohammed bin Salman College of Business and Entrepreneurship participated in the 30th annual L’ORÉAL Brandstorm Competition 2022 between February and May. Brandstorm is part of L’ORÉAL’s, the world’s largest cosmetics company, international human resources communication and recruitment strategy. It helps young people of 18-30 years old shape their society and build their future career.

MBSC was the only Saudi team, and one of only three universities from the entire Gulf region to reach the global voting stage competing against 100+ teams from America to Australia. Of these, the finalists were selected by popular vote and are due to compete in Paris in early July.

But with fourteen submissions, MBS College contributed the most student teams from its Integrated Innovation Project, a course in the Master in Management program. Course leader Dr. Yasser Bhatti, Associate Professor of Strategy and Innovation at MBS college said, “the complementarities between the course and the competition exemplify the College’s approach of experiential pedagogy to link theory with impact on real-world practice”.

Dr. Zeger Degraeve, Executive Dean of Prince Mohammed Bin Salman College of Business and Entrepreneurship said, “case competitions like L’ORÉAL Brandstorm are identical to real-life business practice with presentations of value-creating innovations in a competitive environment.  They complement the exam assessment of traditional pedagogy.  As such we prepare our students to be employment-ready and to be effective at work immediately upon hiring”.

“The Brandstorm challenge provides young people in the Middle East mentorship to gain necessary skills for improving business and society, identifies ideas and future leaders for L’Oréal to invest in, and raises awareness of the role innovation in beauty can play in making everyone feel more beautiful, safe, and confident”, says Mr. Rainer Iveson, L’Oréal Talent Acquisition Director. “The response we got from the youth in the Kingdom this year was phenomenal, and we look forward to supporting more winning teams next year”, adds Rainer.

The top team will win an intrapreneurship mission to further develop their idea at the L’Oréal headquarters in Paris.

Prince Mohammed Bin Salman College (MBSC) of Business & Entrepreneurship is a new private, higher education institution for both men and women. It has been established through an international partnership between Emaar The Economic City, Babson Global (a wholly-owned subsidiary of Babson College, USA), and Lockheed Martin under the umbrella of the Economic Offset Program in the Kingdom of Saudi Arabia. The college is also supported by its partnership with the Prince Mohammed bin Salman bin Abdulaziz Foundation (MiSK). MBS College is inspired by Vision 2030 and its goal to increase entrepreneurial activities and ecosystems in the Kingdom.  MBSC is a committed and active partner with the government of Saudi Arabia in the realization of Vision 2030 by providing world-class education that is based on the latest pedagogical methodologies and techniques, adapted to the local reality of the Kingdom.

MBSC adopts Babson College’s unique approach to entrepreneurial education which does not rely on passively listening to classroom lectures but focuses on hands-on experiential learning that is practical and pragmatic. The curriculum uses a set of Signature experiential courses that requires students to apply their learning to real world problems or start new social or business ventures. This type of project based learning is supplemented by a network of mentors and advisors. Development of individuals continues outside class through an intentionally created set of co-curricular experiences that reinforces and builds the entrepreneurial leadership skills of students. MBSC has a culture that reflects the best of academic traditions in all world class institutions of higher learning whose hallmarks include respect for diverse viewpoints, professionalism, integrity, and a constant commitment to excellence both in and out of the classroom. MBSC provides a world-class education that meets international standards from right here in Saudi Arabia.