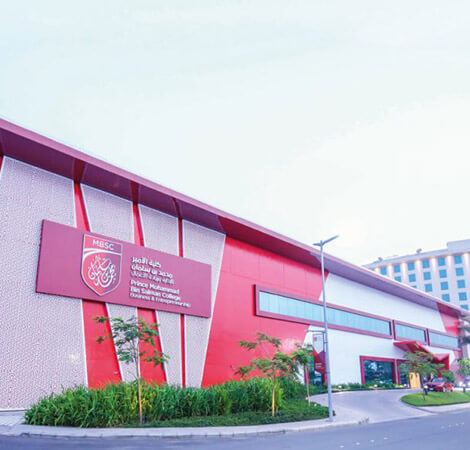 The Global Entrepreneurship Monitor 2020-21 KSA report shows Saudi Arabia with the highest rate of market confidence among 44 nations and a 24% increase in entrepreneurial activity.

King Abdullah Economic City – 1st August, 2021: The Prince Mohammed Bin Salman College of Business and Entrepreneurship (MBSC) along with the Babson Global Center for Entrepreneurial Leadership (BGCEL) released recently the Global Entrepreneurship Monitor (GEM) Kingdom of Saudi Arabia National Report 2020-21. The GEM Report, which charts levels of entrepreneurial motivation and activity across the globe, ranked Saudi Arabia amongst the top 7 countries of 44 nations, positioning the Kingdom among the world’s most elite entrepreneurial nations.
The report charts the Kingdom’s progress in setting the stage for entrepreneurial opportunities and culture. 90% of Saudis surveyed in the GEM report agree or strongly agree that it is easy to start a business, placing the Kingdom in top position among GEM economies. Further, experts surveyed rated both the government’s response to the COVID-19 pandemic and the response of entrepreneurs first among GEM economies. And in another first, Saudi Arabia is now the only nation among 23 high-income GEM economies with higher start-up rates for women than men.
Across the globe, entrepreneurs reported a worsening income due to the pandemic, and this was also true in Saudi Arabia. Yet, despite the turbulent context, Saudi Arabia’s total rate of start-up activity increased from 14% of the population in 2019, to 17% in 2020. Coupled with this, Saudi Arabia reported the highest rate of market confidence, with 80% seeing opportunities to start a business as a result of the changes brought about by the pandemic.
The fifth consecutive country report reveals that total entrepreneurial activity in Saudi Arabia has increased by 24% compared to 2019, regardless of the pandemic’s profound impact on entrepreneurship. The Kingdom recorded a 65% increase in business ownership over the past three years. The report also shows that more than 90% of adults see entrepreneurship as a favorable career choice, and a third of Saudis are keen on launching a business within the next three years.
H.E. Fahd Al-Rasheed, Vice Chairman of MBSC’s Board of Trustees, and President of the Royal Commission for Riyadh City: “Our ambition stated in Vision 2030 is for Saudi Arabia to be a world leading entrepreneurial nation, and with our shared efforts and confidence, we now proudly stand as 7th in in the world in entrepreneurial competitiveness. From government, to non-profits, universities, companies and youth, our country is being energized by an entrepreneurial spirit and mindset. I particularly want to recognize and celebrate the entrepreneurs propelling our country’s tremendous performance, and I invite all Saudis to take pride in this collective excellence and recognition.”

Eng. Saleh Ibrahim Alrasheed, Governor of the Small and Medium Enterprises General Authority (Monsha’at): “Saudi Arabia’s steady improvement on the NECI over the past five years is a testimony to the success of the Kingdom’s efforts to nurture a thriving entrepreneurship ecosystem in line with the goals of Vision 2030. At Monsha’at, we are proud of our contributions to this achievement through our endeavors aimed at providing support for SMEs and developing the sector in accordance with the best standards.”

Prof. Zeger Degraeve, Executive Dean, MBSC: “As testified by the successive GEM Saudi Arabia reports, Saudi Arabia has been building a solid foundation for a robust entrepreneurship ecosystem over the past few years. This strong footing enabled the Kingdom to remain resilient even in the face of extreme challenges stemming from the pandemic and provide required support for SMEs and startups. Even though academic institutions in the country have played an indispensable role in the development and growth of entrepreneurship, they now have a greater responsibility to support aspiring, nascent and established entrepreneurs by instilling confidence in them and providing them evidence- based guidance to start and grow their business. At MBSC, we have built an extensive portfolio of support tools in line with our commitment to contributing to the Vision 2030 objectives.”

GEM is the world’s foremost entrepreneurship research program. It began in 1999 as a joint project between Babson College (USA) and London Business School (UK), with the aim of building an understanding as to why some countries are perceived to be more ‘entrepreneurial’ than others. Through a vast, centrally-coordinated international data collection effort, GEM has provided high-quality information on a comprehensive variety of indicators about entrepreneurship in 116 economies over 20 years. GEM is a trusted resource for organizations around the world to help inform decision-making to improve the quantity and quality of entrepreneurial activity.

The GEM KSA 2020-2021 report represents the fifth consecutive year in which GEM has tracked rates of entrepreneurship across multiple phases and assessed the characteristics, motivations, and ambitions of entrepreneurs as well as societal attitudes in Saudi Arabia. The report’s analysis is based on information that was collected through the Adult Population Survey(APS) and the National Expert Survey (NES). Additional questions were added to the two surveys in 2020 to assess the impact of the COVID-19 pandemic on entrepreneurship in the Kingdom. The APS surveyed a random, representative sample of 4,027 working-age adults (18–64 years) in Saudi Arabia, while the NES surveyed 43 experts, all carefully selected for their experience and knowledge of the conditions considered to be most representative of the context for entrepreneurship.

The majority of entrepreneurs (91%) and established business owners (92%) stated that the government’s response to the economic impact of the coronavirus pandemic had been effective.

About GEM
The Global Entrepreneurship Monitor is the world’s foremost study of entrepreneurship. GEM began in 1999 as a joint project between Babson College (USA) and London Business School (UK). The aim was to consider why some countries are more ‘entrepreneurial’ than others. Through a vast, centrally coordinated, internationally executed data collection effort, GEM has provided high-quality information on a comprehensive variety of indicators about entrepreneurship in 116 economies over 20 years.
In addition, GEM is a trusted resource on entrepreneurship for key international organizations like the United Nations, World Economic Forum, World Bank, and the Organization for Economic Co- operation and Development (OECD). These important bodies leverage GEM’s rich data, tried-and- tested methodology and network of local experts to promote evidence- based policies aimed toward improving entrepreneurship around the world.

About King Abdullah Economic City
King Abdullah Economic City (KAEC) is one of the largest privately-run economic projects in the world. It is centered on the establishment of a 185 million square meter integrated city by the Red Sea coast north of Jeddah. KAEC aimed at being a major contributor to achieving the Kingdom’s Vision 2030 and to become a key enabler of socio-economic development in the Kingdom focusing on four strategic sectors: (1) Logistics and Industrial Services that includes the Industrial Valley (IV) which has attracted local, regional and international investors in various non-oil industries, and King

Abdullah Port (KAP) the second largest port in the Kingdom, and ranked the fastest growing port worldwide. (2) Quality of Life (Real Estate Development) which offers a wide variety of housing and living solutions to meet the lifestyle needs of a diverse residential population. (3) Tourism and Leisure, set to becoming a modern quality leisure & tourism destination on the red sea, including world class social, sports and leisure facilities. (4) The Business sector, that includes a multitude of diverse programs for supporting and empowering youth and developing human talents. Emaar Economic City (EEC), the master developer of King Abdullah Economic City, is a Tadawul-listed public joint stock Saudi company established in 2006.

About Babson Global Center for Entrepreneurial Leadership
The Babson Global Center for Entrepreneurial Leadership (BGCEL) at MBSC was established through a gift from Lockheed Martin under the umbrella of the Economic Offset Program in KSA. BGCEL’s mission to promote a sustainable entrepreneurial leadership culture and ecosystem in KSA and the surrounding region. To advance its mission, BGCEL facilitates entrepreneurship research, education, and outreach initiatives serving the business, education, and public sectors. In addition, BGCEL supports global experiential learning opportunities in the MENA region.

About Prince Mohammed Bin Salman College for Business and Entrepreneurship Mohammed Bin Salman College (MBSC) is a private higher education institution for both men and women, located in King Abdullah Economic City. It was established in 2015 through an international partnership between Emaar the Economic City, Babson Global (a wholly owned subsidiary of Babson College, United States), Lockheed Martin, and the Prince Mohammed bin Salman bin Abdulaziz Foundation (MiSK). Through an educational program focused on hands- on experiential learning that is practical and pragmatic, MBSC is developing a new generation of transformative leaders who think creatively and act boldly. As the Kingdom experiences a great socioeconomic transformation, it needs leaders who can recognize and shape opportunities. MBSC programs are designed to meet this need by creating managers and Entrepreneurs of All Kinds (EAK®).