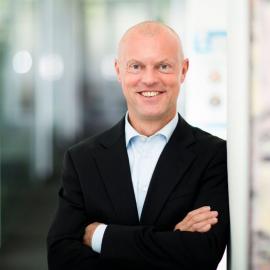 Dr. Zeger Degraeve is the Dean of Prince Mohammed Bin Salman College of Business and Entrepreneurship. With over 20 years of experience, Dr. Degraeve is an expert in decision-making, risk, operations research and managing project portfolios. An award-winning teacher, he has contributed to executive development programs in Europe, Africa, Asia, the Middle East, Russia and North America for leading businesses.

Dr. Degraeve started his academic journey as a Professor of Management Science at the Katholieke Universiteit Leuven in Belgium, his home country, before joining London Business School in 1999. From March 2002 until August 2005 he was the Associate Dean of the Executive MBA and Executive MBA-Global Programs, and from August 2005 until August 2007 he served as London Business School’s Deputy Dean Programs and a member of the School’s Management Committee and Board of Governors.

Dr. Degraeve’s research has won several awards, including: Association of the European Operational Research Societies’ (EURO) Prize for Best Applied Paper and the Chairman’s Award for the Best Applied Contributed Paper by INFORMS (The Institute for Operations Research and Management Sciences). He has published over 50 articles on decision making, optimization, scenario analysis and risk assessment for leading journals, including: Management Science, Operations Research, INFORMS Journal on Computing, European Journal of Operational Research, Interfaces and Harvard Business Review. He is also a regular speaker at international conferences.